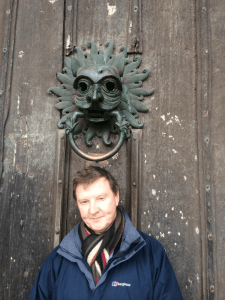 I recall always having the ‘techie’ bug and this led me to train to be a Radio Officer in the Merchant Navy.  It’s from those beginnings, and my business experiences that I now find myself on the Internet Marketing pathway with this site steveharrisonmarketing.  In the early days it was dots and dashes, a far cry from the texts and tweets of today’s social media explosion.

A car accident put paid to that career and by chance, I stumbled into telecommunications on the eve of British Telecom’s privatisation.  My technical skills allowed me to enter the new cordless telephone market and I hooked up with an entrepreneur who had started a private one man telecoms distribution business. Social Media – whats that? didn’t exist back then nor the internet!

That company was Rocom Ltd and there were just the two of us in a small office in Wetherby.

It became the UK’s leading distributor for several years with a staff compliment, at its peak, of 360 and a turnover of £70M.  But, like so many things in life, it came to an end when the company was eventually sold to our main competitor.  Within a year the duplication in the two businesses were stripped back; the staff reduced down to just 60 and I was a free man.  My association with Steve Gray of MultiEd UK followed shortly after my forced retirement.  Steve had created several mobile apps for the medical/health market and I worked at exploiting the same resource online with my developing internet marketing ability.  My knowledge of WordPress, themes, plugins, hosting, domain-names and many more areas continues to grow – you never stop learning. My site steveharrisonmarketing.com will be a record of my progress, learning social media, wordpress and all things internet marketing. 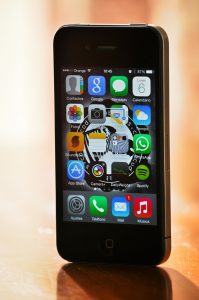 My radio knowledge played a big part in the early days at Rocom.  New products started to appear thick and fast and in my role as Technical Director I set up customer services as well as undertaking stock control, building management and technical support  for our customers.  We installed an IBM System-36 computer system to manage our processes until the PC market took off. I managed the installation, the bought-in software, implemented updates and created management reports from the in-built report software.  I think more than anything designing, creating and working with databases provided me with a life-long skill.
Eventually, dumb terminals were replaced with desktop computers and so started a new technical phase for me – ‘software’. I did have a little computer experience from my Tandy TRS80 and Dragon-64 days but it was not extensive.  I was no programmer and had no skills in networks so we established an ever expanding IT department.  After mastering the usual MS packages and bespoke product modules, I discovered MS Frontpage and my introduction to web development started.  I created a small site for my children’s primary school and received a commission to create a small site for a natural wood flooring supplier.  At this point my web experiences were put on hold as I was given the additional role of Quality Manager (BS5750) which ate up lots of time.  I continued with domain name registrations and home pc networks until I left Rocom. In my ‘garden-leave’ period I eventually decided to pick up the web-development baton where I had left it and discovered a whole new world of web – WordPress. 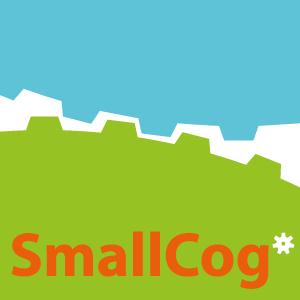 Smallcog (Small Cog Big Machine Ltd) was established to develop and market mobile applications in the global health market after many years of developing multimedia applications for the NHS in the UK.  The Adult CPR app (cardiopulmonary resuscitation) was the first to be launched on the Android platform and was specifically promoted in Malaysia and Australia.  Applications were also launched on the Nokia and Ericsson platforms.  Other apps followed with Anaphylactic Shock, Diabetes and Angina. These apps are supported by a web presence at www.smallcog.net where my first endeavours at WordPress web development can be found.  My second site development was www.smallcoghealth.com which is the main repository of heath information both in textual and multimedia formats.  The short, snappy, yet informational videos can also be found on our YouTube channels at smallcogbigmachine and multiedmedical.  Development work continues on a Dementia ebook and relaxation audio products to aid the reduction of patient stress associated with heart disease.  Other health informational areas include – The Menopause, Heart Attack, and Asthma.  We also have education development plans for Pre School English, Learning Mandarin, and a range of Storyteller modules.  WordPress provides an ever developing platform for a rich media experience and this coupled with social media interaction has given us the road path ahead.

I discovered WordPress by accident whilst trawling through website development blogs.  The site for www.smallcog.net  was initially written in HTML code on a Mac and my knowledge was borne out of Microsofts’ FrontPage some years earlier. What was this WordPress platform? 70+ million sites must see something in it.  Well of course there is and its popularity is growing.  I watched a few YouTube clips downloaded a couple of free training programs and I was off.  No coding required to get going just straight forward steps and your site will be up and running.  Oh, and by the way, WordPress is Free.  I recreated www.smallcog.net first and found myself with more time to focus on its design rather than all those formatting codes from earlier years.  There are so many themes to choose from (many free of charge) that choosing the right look and feel becomes a big decision.  Once I found a theme I liked I stuck with it to get a good grasp of all its features.  I have subsequently bought themes, often referred to as ‘Premium Themes’, which give more features or just the right look you were searching for.

Now you have your WordPress framework and your themed design you can add plug-ins on top to give further functionality.  Again, there are many free ones available but some are chargeable.  I use several free ones for site-security, contact form, SEO optimisation and social media integration.  I’ll discuss in another blog my favourite themes and plug-ins.  Of course the most important element of your site is the content.  WordPress was initially designed as a blogging platform where content or ‘posts’ were applied to the site on a regular basis.  Today many use it to display static information sometimes referred to as an info-site.  For both post and page formats information can be displayed with rich media content to digest.  So you can choose between ‘Posts’ updates/thoughts/opinions format or use ‘Pages’ for more static information that doesn’t change say a term and conditions page.  I set up a site for my daughter at www.samanthahelenharrison.com  but she soon picked up WordPress and now manages it herself.  My son recently asked if I can bring him up to speed so he can develop a site following his degree in Biological Research.  I don’t think I’ll be making much money from these two customers. 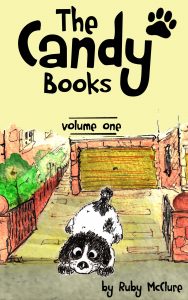 There are so many Guru’s offering training programs promising riches from the Kindle gravy train that I thought ‘where to start’?  When I first took up the idea of working from home to develop an internet marketing income I thought ‘I have some skills here’ but what first – AdSense, CPA, offer Training, Website development, eBooks…I watched so many webinars and decided to get my feet wet and create a few websites and build up my knowledge.  I did purchase a few ‘Getting started with Kindle’ training programs and read several how-to ebooks.  So creating my own product was there, all be it, on the back-burner.
I was inspired to rethink this area after one particular webinar and ‘The Candy Books’ were my flash of inspiration.  For many years my mother-in-law had written a series of true short stories detailing the arrival and subsequent adventures of Candy a collie puppy into her family home.  The stories were read each Christmas to her grandchildren (my children) and they loved hearing the tales involving their mother.  They were short, hand written and illustrated. There were eighteen in all and sat in a cupboard in Edinburgh from one year to the next.  When I approached the author she became so excited she started to re-do some of the illustrations straight away. So, thus was born, the idea for a series of ebooks.  It became a family task to write them all up and I scanned the images. My daughter an architecture student created the covers guided by all my notes gained from those webinars!  They still need tidying up and I hope to publish them shortly. Why jump into ebooks now?
Well, the content was already there.  The family were keen to publish them as a sign of recognition (if nothing else) for all Ruby’s hard work.  It would be a good training exercise for me.  There were no cost implications only time spent in preparing.  It would be nice to share them as we had enjoyed listening to Ruby read the next instalment each Christmas.  Oh, and yes, there was another website development to support the books at www.thecandybooks.com. 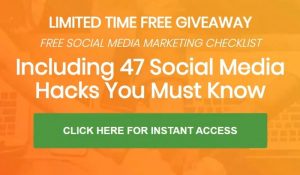 Please Note that material connections may not be made known at every single advertisement or affiliate link. You should assume that there is a material connection and that we may receive compensation in money or otherwise for anything you purchase as a result of visiting this website, and also that we may be paid merely by you clicking any link.